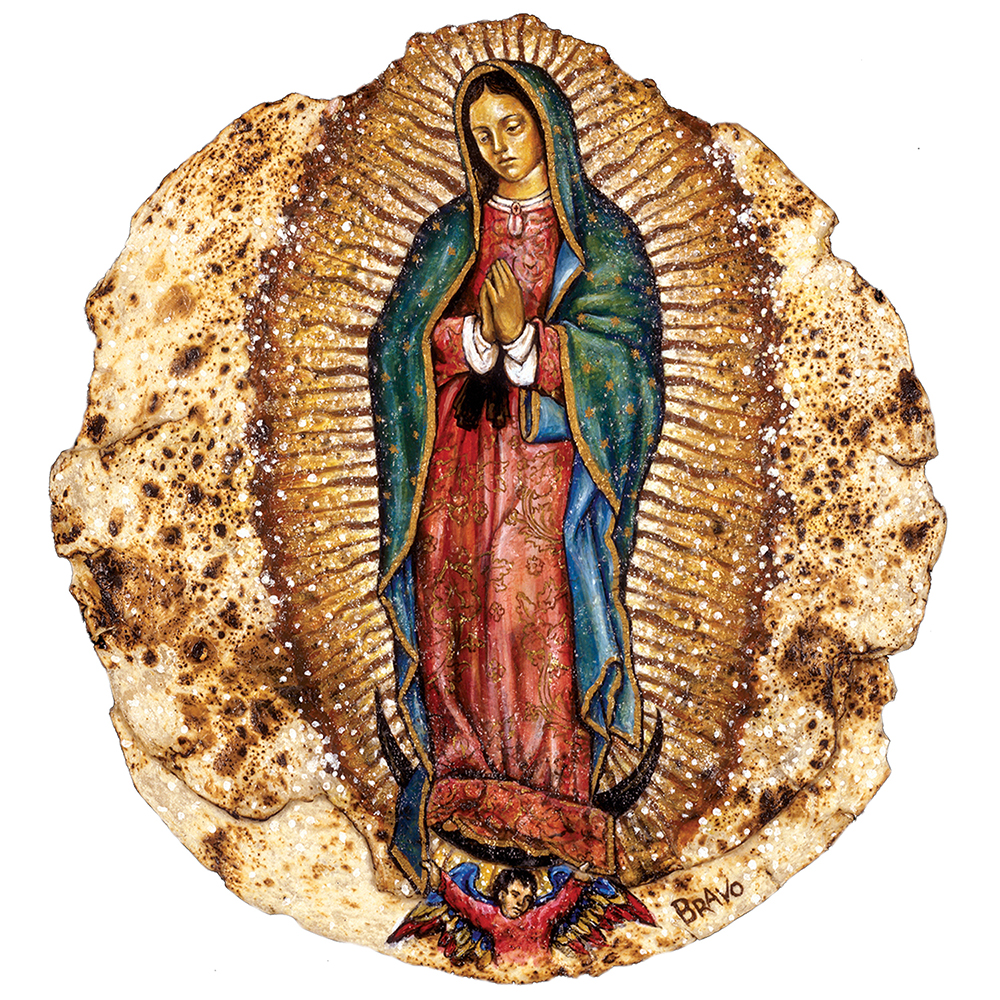 Appearing to Mexican peasant Juan Diego, La Virgin de Guadalupe brought hope to the indigenous people of Mexico during the Spanish conquest. The story of the Virgen’s apparition helped to validate the indigenous Mexican origins and identity as well as legitimize their armed rebellion against Spain.

The colorful green and red clothing are surrounded by a golden glow that seems to illuminate the Virgin. The black and brown burned spots on the tortilla’s surface seem star-like as if the Virgin is adrift amongst the heavens. She is often referred to as Tonantzin, the Aztec mother goddess