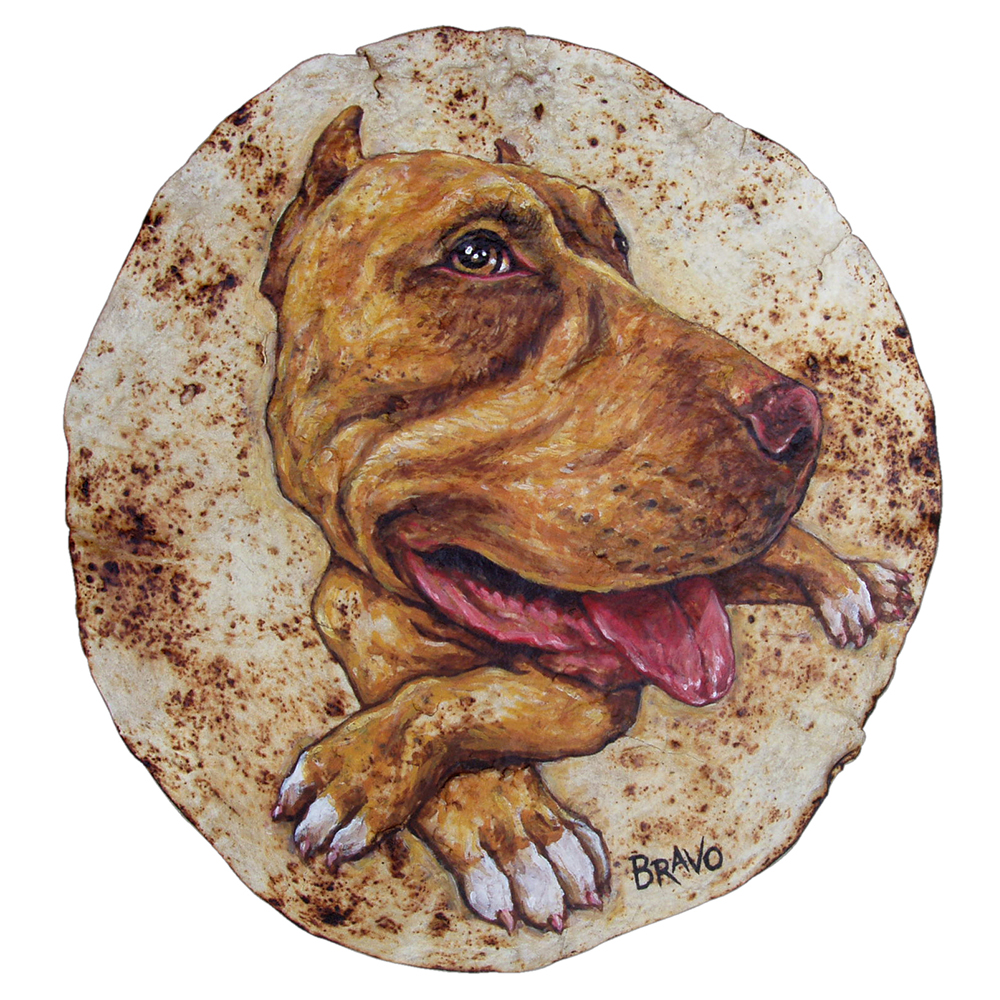 This portrait of a resting Pit Bull has an exaggerated head to demonstrate the power that this dog breed possesses. Pit bulls constitute the majority of dogs used for illegal dog fighting in America and are used for other nefarious purposes, such as guarding illegal narcotics operations, use against police, and as attack dogs. Pit bulls have also served as police dogs, search and rescue dogs, and several have appeared on film such as “Pete the Pup” in the Little Rascals movies.